Our reds appeared in impressive numbers again in January. Reports from 23 venues gave totals of 45 seen at the same time and 48 recognisable individuals in all, so the averages remain high at around 2 for both measures. The January hotspots were at Cally (6 recognised), Anwoth and Skyreburn (5), and Laurieston Road (4).

In late January several more greys were removed from the south end of Carsluith, where it has since been quiet. Sightings persist around Rusko and Pulcree, but there have been no reports from anywhere around Gatehouse for the last fortnight – a rarity. For whatever reason, greys are not settling in significant numbers in our patch and the recent examples of Carstramon and hopefully Carsluith show that our efforts to control them can result in their complete removal from small areas.

Our thermal imager has finally arrived after a delay with the distributor. Several people have now seen it in action and experience in its use for squirrel-spotting is already accumulating. We are now in a position to use it to survey woodland blocks wherever we care to walk throughout our territory from Kirkandrews Bay on the Carrick Shore, up to Creetown, across to Gatehouse Station and over to Disdow and Benjarg just to the northeast of the town. Over the course of time we should be able to see where there are reds in much greater detail, whilst hopefully improving our collective efficiency in locating greys so that prompt action to be taken.

Seven of us recently attended the Red Squirrel Survey Training Day organised for all volunteers in D&G by the Solway Forests Red Squirrel Network. This event in Rockcliffe was sponsored by Barons Craig Hotel (the venue) and SSRS. Experienced practitioners gave us an excellent mix of indoor and outdoor sessions on making and using feeding hoppers and tubes to collect and identify hairs left on sticky pads, setting up camera traps to view feeders (or traps), using thermal imagers, counting stripped conifer cones left by squirrels (as distinct from mice and voles) to estimate activity, and importantly, keeping good records of everything that has been done. We are now in a much better position to do more survey work, and not only with our imager!

SSRS recently put out their report on the 2018 Spring Survey (https://scottishsquirrels.org.uk/2019/02/20/news-2018-squirrel-survey-reveals-the-challenges-ahead-for-scotlands-red-squirrels/), to which several us contribute by visiting feeding hoppers at fixed locations to collect sticky pads in March and April each year. In South Scotland as a whole, greys have approximately doubled the number of locations they visit since 2013, but reds continue to occupy about the same number as they did six years earlier. Greys seem to have occupied previously vacant space, but also occur alongside reds more often now than they did earlier, potentially exposing them to squirrelpox infection. The full report is attached.

A 2018 report for Forest Enterprise Scotland outlines the result of a computer modelling study of squirrel futures (up to 25 years hence) in South Scotland. Brief pieces on this have recently been posted by SSRS (https://scottishsquirrels.org.uk/2019/02/08/how-can-mathematical-modelling-help-save-red-squirrels-in-scotland/) and the BBC (https://www.bbc.co.uk/news/uk-scotland-south-scotland-47238502).  This research included a grey squirrel control scenario specifically for the Fleet Valley (along with other areas in D&G), and suggests that if we continue to control greys effectively our reds will survive, not only in the conifer blocks in the Fleet headwaters but also in the mix of woodlands further down the valley, where they are so much easier to see (even without an imager!).

This report also makes a preliminary assessment of the likely impact of pine martens, remembering that they predate reds as well as greys. For our area, the authors provisionally concluded that the impact on greys is likely to be helpful rather than decisive, whilst reds will be little affected. The idea that pine marten recovery in Scotland represents a ‘silver bullet’ for our grey squirrel problem has recently been toned down by a more balanced assessment of the pros and cons of regaining a lost native carnivore for poultry farmers and shooting estates, as well as for conservation interests (see https://theconversation.com/why-the-pine-marten-is-not-every-red-squirrels-best-friend-110209).

The plan for a public wildlife hide near Gatehouse, from which to view red squirrels as well as a variety of other woodland mammals and birds, is progressing well. Kevin Hughes, the owner of Cally Gardens, has offered us a splendid site on his land (but outside the walled garden). A path through the adjacent Forestry Commission ground passes very close by and they have just agreed in principle to provide three ‘fingerposts’ to direct walkers through the woods from the layby at the far end of Cally Drive, as part of their current replacement of all the signage in Cally Woods. Next steps are to come up with a design for the hide and then start fundraising!

To cheer you up further, have a look at these amazing images of red squirrels, perhaps benefiting from photoshop enhancement in some cases at least!: http://powerfulmind.co/photographer-captured-squirrels/ 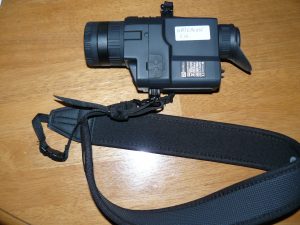